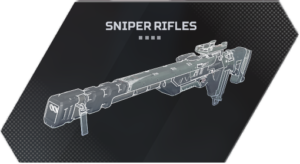 About the Charge Rifle

The Charge Rifle is an LMG that uses Energy Ammo and does 32 Damage Per Second with a maximum of 45 Damage Per Shot. Holding down the trigger will charge up the beam for a short time, during which you will deal small incremental damage every tick to enemies hit. After this warm-up period, the beam will blast forth, dealing major damage to any enemy it hits.