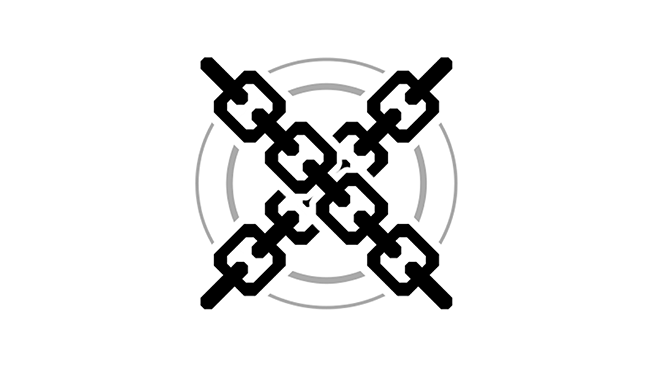 Throw a device that deals damage and disables enemy abilities for 10 seconds. 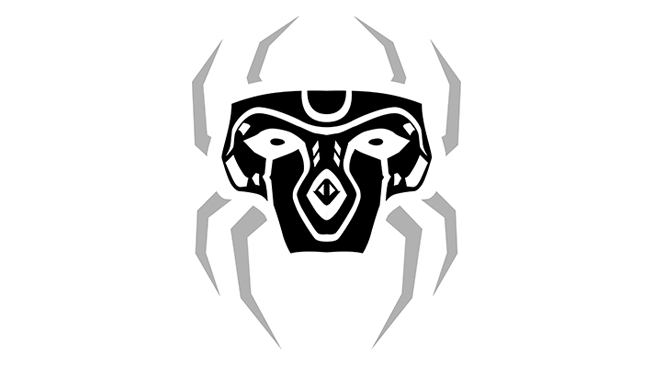 You crouch-walk faster and can climb higher than other Legends. 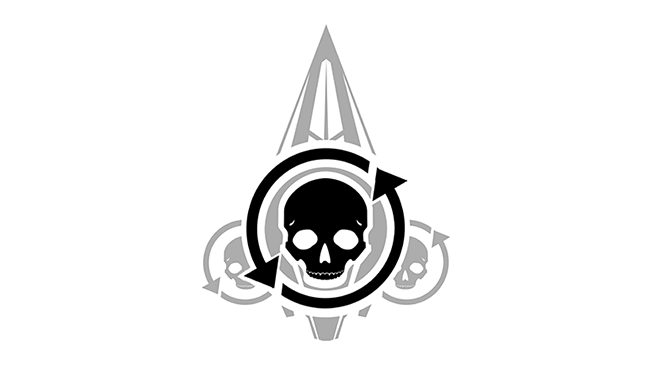 Drop a totem that protects those who use it from death for a set amount of time. Instead of being killed or downed, users will return to the totem.

“I’ve seen the other side, Skinbag. There is nothing. You are nothing.” 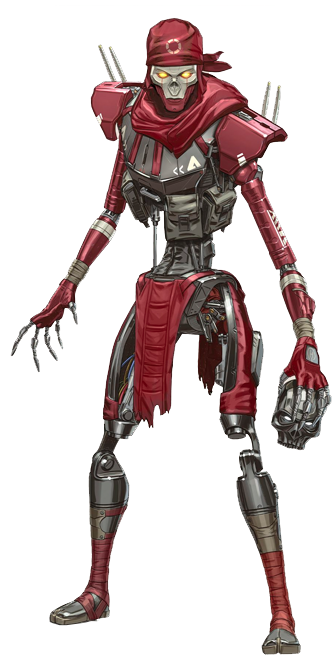 Revenant used to be human. He used to be the greatest hitman the Mercenary Syndicate ever had. He used to look in the mirror and see his human face looking back. But time changes everything, and when his programming finally failed, he saw what he had become at the hands of the Mercenary Syndicate and Hammond Robotics: a walking nightmare of steel and vestigial flesh. His masters resurrected him as a simulacrum, snatching him from death’s embrace again and again and programming him to forget.

He swore he would hunt down every last person who did this to him, but more than two centuries have passed, and they're all gone… or so he thought. The return of Hammond Robotics to the Outlands has renewed his thirst for vengeance, and he won’t stop until anybody connected to Hammond is dead. Of course, he doesn’t mind eviscerating a few of the Legends along the way. He used to need a reason to kill… but he’s not that man anymore.